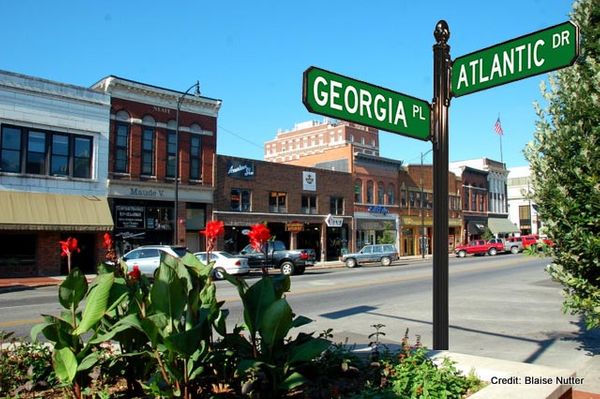 There has been an amazing rebirth in downtowns across America over the past three decades.

During the last decade of the 20th century, for example, the number of households living in a sample of 45 U.S. downtowns increased more than 13%. The fact that many downtowns have experienced such growth and development—in spite of zoning laws often more friendly to suburban sprawl—reflects our emotional and financial commitment to the local heritage and the increasing consumer demand for walkable, stimulating places in which to live and work. The appeal of traditional downtown is largely based on what’s come to be known as “walkable urbanism”. As the demand for walkable urbanism continues to grow, so does the number of revitalized downtowns.

Sometimes identified as the Main Street movement, these efforts have transformed the way communities think about the revitalization and management of their downtowns and neighborhood commercial districts. Seeing a dead downtown come to life is a great reward for any community, and worth investing time, energy, and emotion. It does require a degree of cooperation that is often challenging and is best achieved when a public process combining private and public interests is used.

Chattanooga serves as an excellent success story for what’s possible. The city benefited from great citizen, business, and political support backed by a strong vision of what citizens wanted the downtown to be, most importantly creating a river walk to integrate the downtown with the Tennessee River.

Referred to as “the fastest downtown turnaround in the country,” in downtown Albuquerque there has been over $400 million of new public and private sector development since the creation and initial implementation of their original 1998 strategy.

Successful revitalization is not limited to larger cities. The original one square mile of Peoria, Arizona is filled with history and in 2009, city officials adopted the Old Town Peoria Revitalization Plan, which was designed to help breathe life into the downtown area while retaining its historical relevance. One of the goals in the plan was to replace existing street signs with themed signs, creating a recognizable sense of place promoting the historic character of Old Town Peoria. A group of citizens helped design the new signs, and the city recently replaced 21 street name signs with the historically themed signs.

Being a contributor to these successful downtown revivals brings immense satisfaction to us here at Capital StreetScapes. We want to help you create a signage system that you’re proud of, one that both informs and enhances the visitor’s downtown district experience. Our decorative sign poles, along with the distinctive styling found in our bases, finials and cast aluminum sign frames, provide a classic look that's perfect for these types of revitalization projects. Check out our web site (www.capitalstreetscapes.com) and see what we can offer you.